The Solidarity Trial at the Castellolí Parcmotor Circuit, a successful event

On Sunday, the third edition of the Solidarity Trial took place in the facilities of the Parcmotor Circuit in Castellolí, which once again surpassed more than 500 participants. 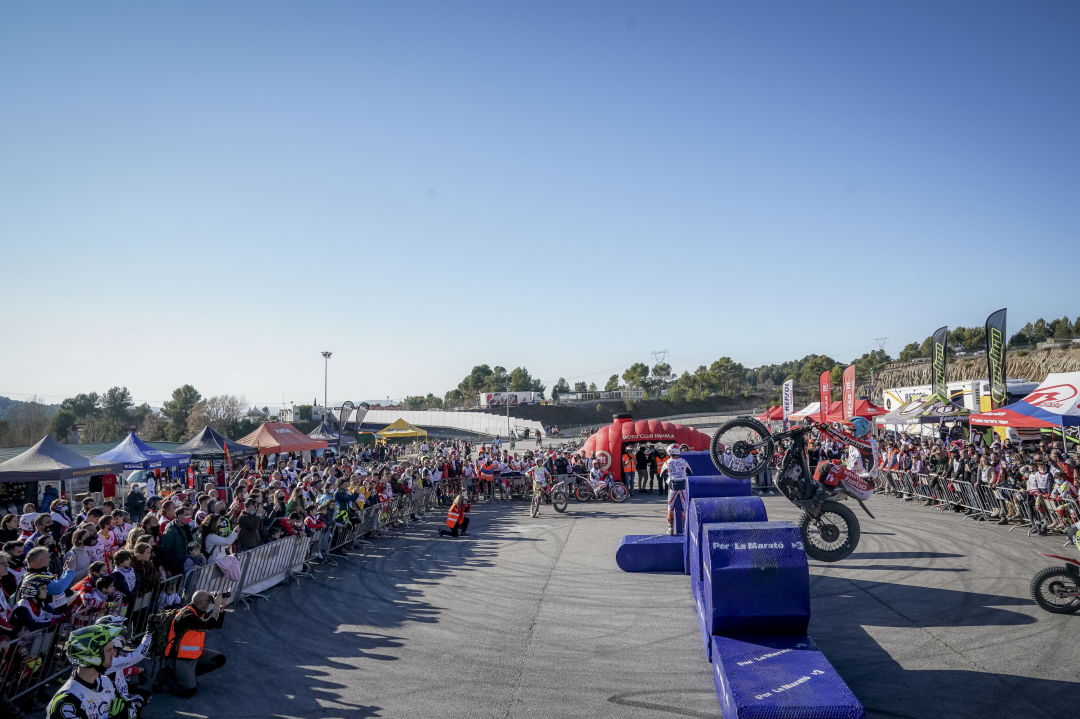 The Solidarity Trial at the Castellolí Parcmotor Circuit, a successful event

On Sunday, the third edition of the Solidarity Trial took place in the facilities of the Parcmotor Circuit in Castellolí, which once again surpassed more than 500 participants.

From early in the morning, those registered in the III Solidarity Trial for the Marató were filling the parking spaces reserved for this festive meeting with a solidarity purpose that was destined to collect funds for the investigation of mental illnesses. It was the first time that Circuit Parcmotor Castellolí hosted this special event but the good organization regulated the entrances and the only queues formed to take the photo of the official start of the Solidarity Trial.

Hundreds of amateur trialeros passed, but also prominent names in the history of this sport: Toni Bou, Jordi Tarrés, Jaime Busto, Adam Raga, Albert Cabestany, Gabriel Marcelli, Takahisa Fujinami ... and also other names such as Miquel Cirera or the president of the Catalan Motorcycling Federation, Josep Maria Mañé, who also wanted to support this event.

The trial route passed through different spaces in the Off-Road Area of ??Circuit Parcmotor and pleased the participants. The Circuit paddock, which also housed the tents of all the trial brands and some commercial brands, was filled when the riders participating in the Trial World Championship participated in an exhibition in the indoor areas that had been set up.

The end of the party was the solidarity tour of the Circuit Parcmotor de Castellolí speed circuit. The main straight was filled with trial bikes to travel the 4140 meters of asphalt of this first-class national sports facility. Finally, a total of 561 registered were those who filled the Castellolí Parcmotor Circuit demonstrating, once again, the unity of this group in a single objective: solidarity.

The Solidarity Trial raised another 10.408,13 euros that went directly to the TV3's La Marató counter. Taking advantage of this act of solidarity, Circuit Parcmotor de Castellolí has ??started a promotion for those registered in the Trial Solidari where it offers four free months as members of the Off-Road Area of ??Circuit Parcmotor.